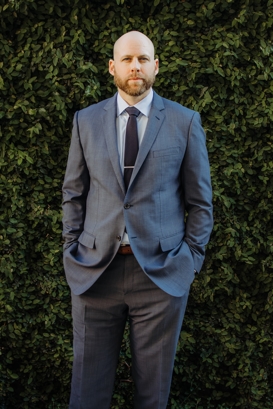 Christopher is a member of the Family Law Bar in Nevada and he is licensed to practice in the United States Court of Appeals for the Ninth Circuit. He was recognized by Martindale-Hubbell Ⓡ as a Distinguished Attorney in 2013 through 2018. He has been named to the Southern Nevada Legal Elite in 2011 and 2013-2018, recognizing him as one of the top 100 attorneys in Southern Nevada. Christopher has also been named to Nevada Business Magazine 2013 and 2014 Best Up & Coming Attorneys List, and recognized as an AVVO Rated Attorney since 2012.

Most recently Christopher was recognized by the National Academy of Family Law Attorneys as a Top 10 Family Law Attorneys Under 40 (2014-2018) and National Trial Lawyers as a Top 40 Trial Lawyers Under 40 for the state of Nevada and the Top 100 Plaintiff's Trial Lawyers in Nevada. Through his local practice, Christopher has amassed a myriad of experience navigating the family court system in Clark County, gaining comprehensive trial experience as well as substantial experience with the available alternate dispute resolution options in the local family law arena.

Life Outside of Legal Work

Born in South Dakota, but raised in Las Vegas, Nevada, Christopher is proud to have obtained both his Bachelor of Arts in Political Science and Juris Doctorate from UNLV. As a long-standing member of the community, Christopher has enjoyed the opportunity to not only grow his legal practice but to also grow his own family here in the Las Vegas Valley. Currently, Christopher and his wife, Emma, spend a great deal of their time raising their three wonderful children. When not involved in one of the children’s activities or with the practice of law Christopher enjoys staying active by exercising, traveling, and watching/attending sporting events.